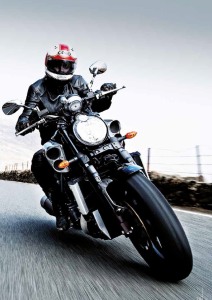 "It all started off with me selling a few pictures," said Adam as he recalled getting paid for his work for the first time. "I used to go to the motorbike racing at the weekend and sell the pictures to the riders. If I remember correctly I used to charge about 50p for a black and white print!" It was these events that by chance led to him photographing a test rider for a new motocross magazine. The rider bought some of Adam's prints, the magazine needed a photographer for a motorbike test and the rest, as they say, was history!

Working his way up the career chain, Adam became a journalist, an editor and then a strategy director for a major magazine group before deciding to concentrate on making images. "I took voluntary redundancy from the magazine group and bought a load of cameras so that I could start doing what I loved again - which was photography." Adam immediately threw himself back into taking pictures, splitting his time between wedding photography and a completely separate editorial and commercial business. I asked if there was a reason for keeping the two apart; "If you're trying to sell editorial and commercial photography people don't take you seriously if you have weddings in your portfolio too. It's a completely different world and a different market." Although he points out thatit's nothing to do with the actual skills of the photographers involved; "weddings are really hard and very high pressure with no room for error. But people in the commercial world tend to look down on weddings so you just have to keep them separate.'' 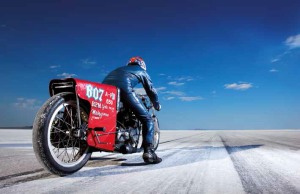 Commercial and editorial photography regularly takes Adam jetting around the world and occasionally he gets to tick something off of his photographic bucket list. "I always wanted to go and shoot Speed Week at the Bonneville Salt Flats." Adam tells me. Many of us have bucket lists of things to see and photograph and the trick is, according to Adam, to make other people pay for you to have those experiences. "I arranged for various magazines to pay for my trip out to Bonneville. Before I went out there I had a shoot arranged with an English motorcycle racer who lived in LA which meant that one magazine paid for my flights. Then I rented a Ford Mustang with my assistant to drive the two days to Bonneville and I sold that experience as a photo story to two different magazines." Of course it helps that the headline shot from the event itself was a classic Triumph Bonneville on its 50th anniversary of production at the Bonneville Salt Flats - an iconic image that only a tiny handful of photographers in the world will have.

But that shot didn't just come about by itself, it needed a little help. Anyone who has been to the Bonneville Salt Flats will tell you that they're one of the brightest places on Earth. "When you get there you find that they have a stall selling the type of glasses that old people sometimes wear, they look like welding goggles that you put over the top of your regular glasses! You end up realising that you have to buy them and wear two pairs of sunglasses otherwise you simply can't see!" Although this seems like it would be great for photographers, Adam found otherwise; "With all the light bouncing around you just can't use the settings you'd like. For every shot I've got polarising and ND filters on just to stop it being so bright. Then of course I decided to get out my lights and people were looking at me like I was absolutely mad." But it worked and the extra lighting that Adam used (on full power, of course) gave texture to the shots and helped him retain his characteristic style that makes him so sought after as a photographer. "Waiting until it got late in the afternoon for some longer shadows and then using flash really made the shots look different to everyone else's, which really is the key to being a successful commercial photographer."


SINWP Bird Photographer of the Year 2020 in aid of RSPB