Photographing the Special Ones - part 1 of 1 2

Born in 1957, in Senglea, Malta, Aquilina has been involved in the photographic sphere since his early twenties. You might say he is an 'allrounder' in photojournalism. Beauty, despair, humour, joy, passion, are all transmitted in the Maltese photographer's images.

His link with UEFA spans a number of years. Specialising in photoreportage, Domenic has covered the last seven UEFA Champions League finals, the last of which at the majestic Wembley Stadium (May 2011), the only Maltese to have done so.

Domenic dedicated this image to his late, young nephew, Daniel Aquilina, who passed away during that same month that the image was chosen by T.E.A.M. Marketing.

The passion for the game of football has always been one of the main key factors behind Aquilina's photojournalistic career. Being a keen pin football badges collector (at that time) the Maltese photographer still vividly recalls his young days when he used to contact top football clubs all around the world, and pen pals by snail mail, collecting pin football club badges and football magazines from all around the globe.

At the age of 20 his late mother asked him what would he like for his birthday. Domenic immediately replied a small, compact camera. His special birthday present was a second-hand, vintage, Vivitar 602 with a Vivitar 25mm 1:4 lens.

His first 'real' accreditation as a photojournalist arrived soon after, from the UK-based international football magazine World Soccer to which he is still contributing work in football writing and photographs. From then onwards the Malta-based photographer never looked back and photography was turning more into a part-time profession than that of a hobby.

His love for photography in general and for the game of football continued to flourish in the years that followed; contact with UEFA, Europe's governing football body kept flowing regularly, but even so Domenic had to wait quite a number of years before becoming an esteemed photo reporter by Europe's governing football body. Approximately 10 years ago, he decided to quit his full-time job and concentrate only on his one and only love - photography. It was then that he founded his own small photojournalistic company FotoAquilina (www.fotoaquilina.com).

Domenic still recalls how difficult it was to take a decision at that time. Married with two young daughters it was not easy to decide, but with the support from his wife, Connie, he decided to go for it. With important homework done beforehand, Domenic never looked back and he speaks with satisfaction about his decision, "I do wish I'd gone freelance beforehand, but I do not regret anything I did in my life. As the saying goes, 'as you sow so shall you reap.' That has always been a very important phrase to me."

Milestones
Domenic still recalls the important milestones in his career. He will never forget the day in early 2005 when he received the official appointment from UEFA to begin forming part of the then "UEFA Photographers' Pool" - a milestone which Aquilina himself still talks about as the pinnacle of his career. "I will never forget that day. Becoming part of the UEFA family is such a big thing".

His first taste of real action was soon to come when he covered his first of seven consecutive UEFA Champions League finals to - Istanbul, in May 2005, which was to produce one of the most exciting Champions League finals ever seen. Liverpool FC and AC Milan were the teams involved and the Malta representative on the pitch was not at all affected by the big occasion.


There are 142 days to get ready for The Societies of Photographers Convention and Trade Show at The Novotel London West, Hammersmith ...
which starts on Wednesday 17th March 2021

Get your images entered today!

Get the latest copy of our great photographic magazine. 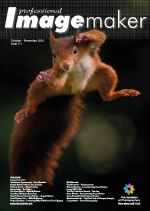 Take your photography to the next level - Try our Professional Membership for 2 months free!