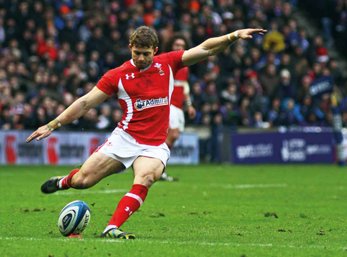 I have been a part-time, freelance sports photographer since 2008, capturing sporting action in Caithness for the local, regional and national newspapers. I live near Thurso on the north coast of Scotland not far from John O' Groats, well away from the country's big towns and cities where all the major sporting action takes place. However, I have had the fantastic opportunity to cover Scotland's home matches in the RBS Six Nations Rugby Championship since 2010 and was delighted to gain media accreditation to cover the 2013 championship. Scotland had three home games; against Italy, Ireland and reigning champions, Wales. The championship is described by many rugby commentators and purists as the greatest annual rugby tournament in the world. This is due to the highly competitive nature of the six evenly matched sides, the sell-out crowds that fill the large stadia and the huge world-wide TV audience.

The only slight problem is that the matches are played at Murrayfield stadium in Edinburgh and this means a six-hour drive down the notorious A9. With the games being played in February and early March, the risk of snow causing chaos on the road was high. The road was closed in late March due to snow, but fortunately conditions were good for my journeys. The car was full on these trips as my wife and children take the opportunity to visit relatives and spend money in the big city shops! 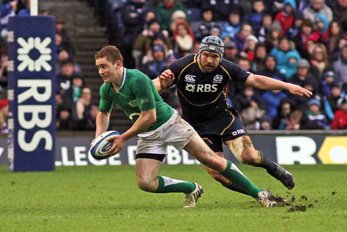 For the Ireland match I travelled by the Citylink public bus service. During February they had a fantastic offer of travelling anywhere in Scotland for only £2 and this was a massive saving from the normal £49 single fare. The journey took nearly eight hours, but it was the most relaxing and enjoyable trip on the A9 that I have ever had. I just sat back, read some photography magazines and admired the beautiful and rugged Scottish scenery. It was great to let someone else deal with all the hassles of driving.


There are 46 days to get ready for The Societies of Photographers Convention and Trade Show at The Novotel London West, Hammersmith ...
which starts on Wednesday 16th March 2022